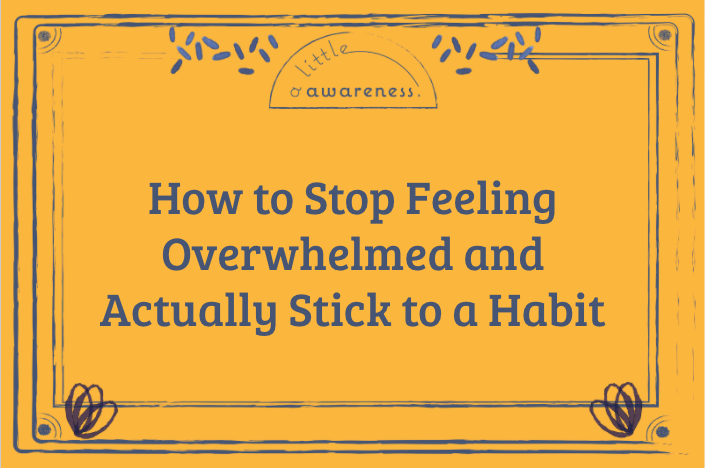 How to Stop Feeling Overwhelmed and Actually Stick to a Habit

Quitting the hustle mindset isn’t easy, but a little awareness about what’s making it overwhelming can go a long way. You can stop feeling overwhelmed and actually stick to a habit so you have less hustle, and more ease and flow when you make a small change to your approach.

Let’s be clear – The fact that you’re not amazing at quitting the hustle just yet is not your fault.

That said, this doesn’t mean you don’t have the power to get there and reach your goals because you absolutely do.

When I first started the process of killing my own hustle mindset over a decade ago, I expected a big change to come quickly, which is something we all fall into. In my case, I needed it to come fast because my health depended on it.

See, at the time I was experiencing weekly migraines that eventually turned into vertigo. Hello body, telling me to slow the eff down. So, as I lay on my couch, unable to move because of vertigo, I was convinced that the only way out of this hole was to change life as quickly and drastically as possible.

Spoiler Alert: That overwhelming approach did not work.

I struggled to adopt healthy exercise, eating, and just general self-care habits for a lot of different reasons, which may sound familiar as you find yourself struggling with quitting the hustle routines you have moving forward.

Plenty of research exists on why quitting and maintaining new habits is so difficult, but the bottom line is that there’s no panacea for forging habits that help you quit the hustle. Everyone’s different, and discovering what works for YOU is part of the beautiful journey away from the cult of busy, and into your new life of flow and ease.

I will tell you what doesn’t work, though —

The sooner I recognized that the same old tools were not going to cut it, I embraced the journey that successfully supported my efforts to kill the hustle. It’s a journey I’m still on today.

We tend to expect results quickly, which is a bad habit that only leads to more overwhelm and struggle, the opposite of what we actually want as we move away from the hustle mindset.

It has taken me years (Yes, years!) to make meditation a daily habit.

Initially, I set out to meditate every single day for 30 minutes a day. On the first day, I was a rockstar. On the second, the same. Yet, by the fourth day, I struggled. By the fifth day, I was done.

Having not achieved enlightenment in a week, I gave up.

Grumpy after my failure, I picked a fight with my meditation teacher (Yes, I invest in my development because, boy, does it make a difference).

Basically I told her that meditation was stupid. It wasn’t helpful and I was never going to get better at it.

My meditation teacher laughed, no judgment in her laugh, and asked me, “What do you need to make this happen?” and it hit me – I needed this whole thing to not be so difficult.

Here I was trying to escape the world of overwhelm by overwhelming myself.

I got super honest with myself and told her, “15 minutes. 3 times a week.”

The commitment was stupidly easy, so easy I could not fail. And, you know what? I did fail sometimes, but with such an attainable goal, it was just as easy to get back on the path towards ease and flow.

Look at the commitments that are overwhelming you. What daily routines or new habits are you trying to form? How can you make it stupid simple?

Self-motivation and consistency are easier when the task isn’t overwhelming. Pick one thing you’ve been wanting to stick to and make it stupid simple, so simple you can’t argue with yourself over it.

Doing this can also get on the path… like yesterday. I promise it’s stupidly easy to start that commitment and I have a small anti-hustle game for you to get started. 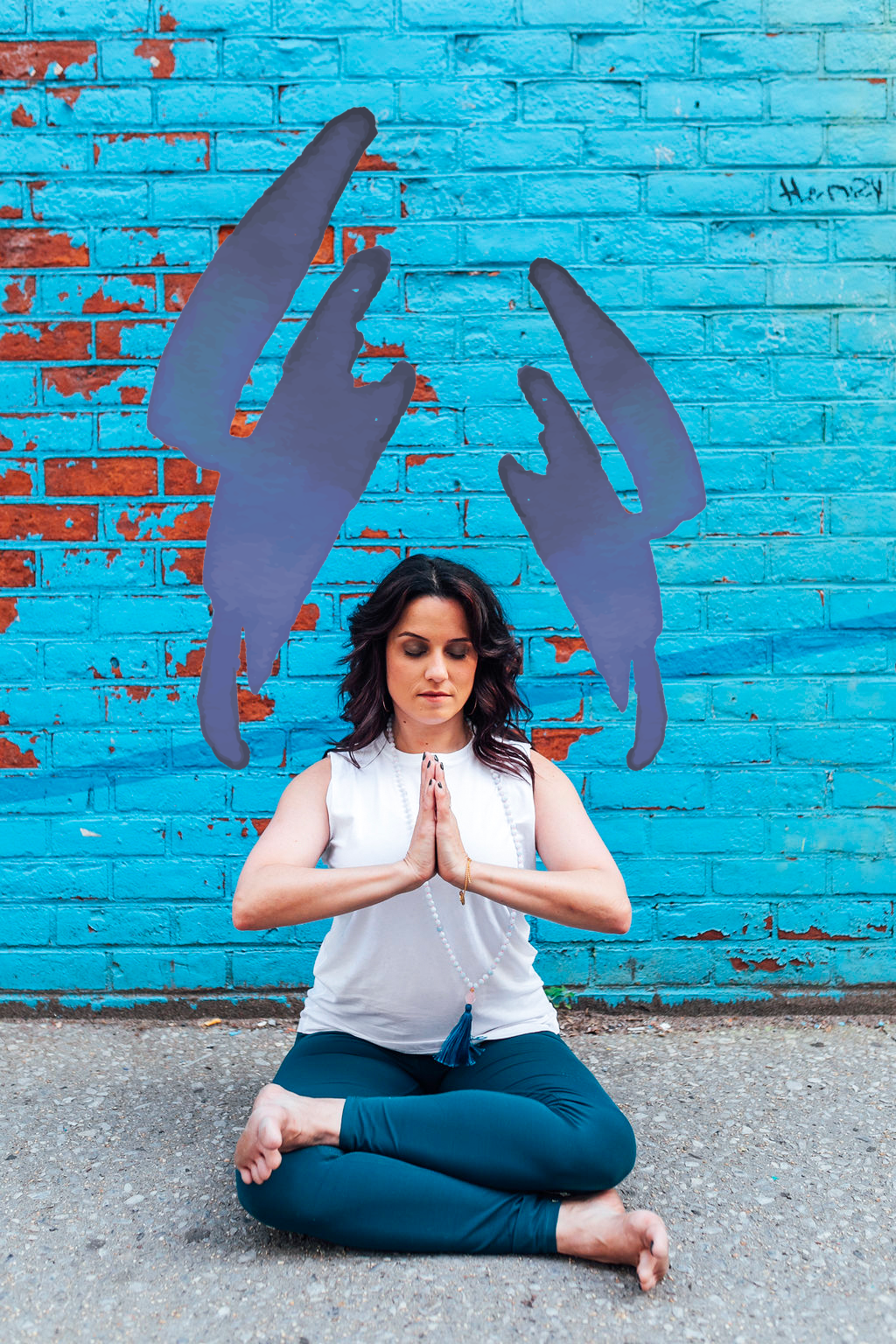 Launch your own personal journey to finding ease and breathing easy again! Sign up below and you’ll receive a short tip to stop the burn out every day for the next 5 days. Get ready to breathe easy again just 5 days from now!

You have Successfully Subscribed!

There are currently no classes available, but join the waitlist to learn when yoga classes open up again!

Suset’s books are currently closed. Join the waitlist to know when new client spots open up!